﹛﹛Capcom will be holding a new livestream for Monster Hunter Rise on May 26, revealing the release date, new monsters, and content included in the 3.0 patch 每 here＊s what we know on the patch alongside the related rumors and leaks so far. Update: You can find the trailer below now that the event happened.

﹛﹛By using monsters already present in-game and their lore, Capcom hinted both the Agnaktor and Gore Magala will be added at some point. Which led to many Monster Hunter fans making their own ※leaks§ and speculating that the monsters are coming in 3.0.

﹛﹛First, while the Agnaktor isn＊t in Rise yet, its minion monster form, Uroktor, is in the game. As such, Agnaktor could be added to Monster Hunter Rise at some point, possibly with the 3.0 update.

﹛﹛Secondly, Monster Hunter Rise includes Apex State Monsters. The Apex State refers to when a monster manages to get rid of the Frenzy Virus＊ negative effects, only keeping the positive effects to strengthen itself. The Gore Magala is one of the monsters who spreads the Frenzy Virus, so many fans believe Gore Magala, is coming in 3.0. Another Magala family monster could be added as well.

﹛﹛Lastly, a new version of the Valstrax, Crimson Glow Valstrax, was data mined back when Rise was released. Most of the monsters from that list have since been released, but some have yet to be revealed, and might be coming in 3.0.

﹛﹛Other monsters that might be coming in 3.0 also include Apex Zin and Narwa the Allmother.

﹛﹛Apex Zin has leftover files, Valstrax is confirmed to be coming as a variant (Crimson Glow, no trace of the base version of him). That plus what Capcom already confirmed makes the next update almost guaranteed to be Allmother, Crimson Glow and Not-Thunderlord

﹛﹛Capcom already officially confirmed a new ending will be added to the game with this update. Monster Hunter Rise currently doesn＊t have what you could call a ※real§ ending to its story. Version 3.0 will add a proper conclusion for the storyline.

﹛﹛Monster Hunter Rise is definitely the kind of game which shipped out unfinished. But looking at it another way, at least Capcom keeps working on the game and is pushing out updates to complete its package, despite the pandemic and the work from home complications that hindered development. ﹛﹛Capcom already confirmed the 3.0 patch will be 1.4 GB. If you still haven＊t downloaded the 2.0 update, you will have approximately 2.9GB to download.

﹛﹛However, if this will be your first time updating the game, the required space will be approx. 2.9GB.

﹛﹛Monster Hunter Rise is currently available on Nintendo Switch, and a PC version is coming as well.

﹛﹛Have something to tell us about this article? 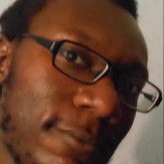 ﹛﹛Living near Paris, Iyane is the head of Japanese content at DualShockers. You can reach him on Twitter at @A_iyane07